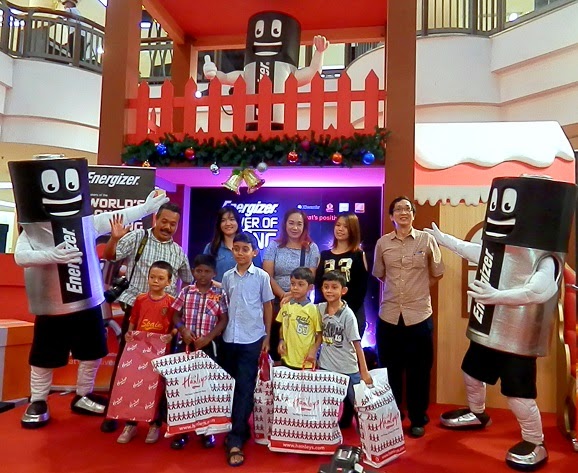 Yours truly was given a great experience at the Energizer Power of Giving campaign event she attended recently to play Santarina  to a little underprivileged boy. He was one of the 30 other kids from Kiwanis Malaysia who had their Christmas come early for them. He was such an adorable little boy, innocent, shy and sweet. His name was Elijah. 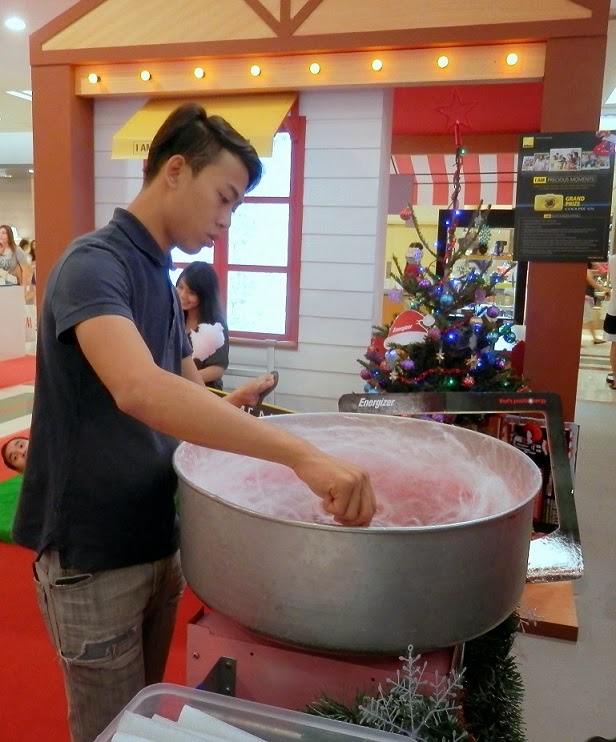 For the Power of Giving campaign, Energizer partnered with Hamleys- a reowned toy brand from the United Kingdom to bring Yuletide joy to children with Down Syndrome and underprivileged kids from Kiwanis Malaysia, and Energizer got the general public to chip in by donating batteries as well as pre loved toys .

It was a fun filled carnival liked atmosphere, with Mr Energizers running around, Santa and Santarinas and even cotton candy giveaways. 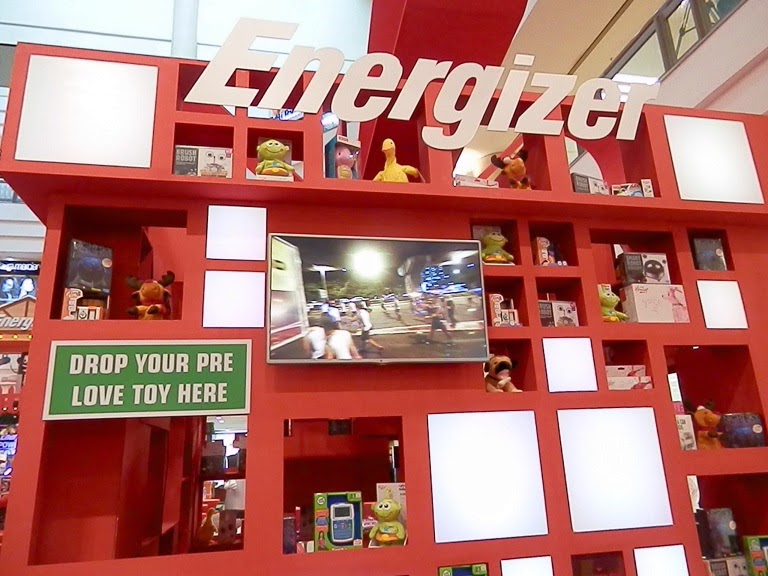 We the media/ bloggers and some celebrities had the chance to go shopping at Hamleys for gifts for the kids. We were given a voucher and a child (in my case, Elijah, and his wish list) then we had to buy some batteries and with the balance of the money in the voucher, we had to buy something extra of our choice for the child.


It was kind of fun doing a super market sweep rush around to utilize the voucher given so we can purchase some gifts for our selected child. After a couple of rounds around Hamley's, while at the same time looking longingly at some other toys , I completed my task by getting a Doodling Robot (which was Elijah's wishlist), a box of energizer batteries, a remote control car and two little Majorette cars.

We paid for it using the voucher (which was thankfully enough, because we had to top up cash for the items if it wasn't) and then had it gift wrapped at the counter. 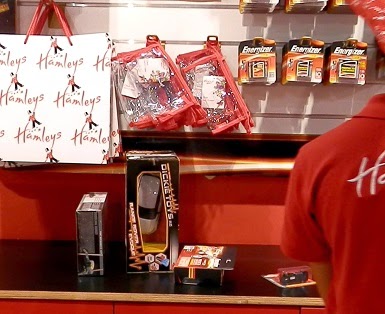 Taa daaa, this is my gift, all wrapped up for Elijah!!

Anyway, Energizer gave away over RM20,000 in educational and fun battery powered toys to improve the children's confidence and social skills, as well as their motor skills with the idea of the kids getting to learn better while having the time of their lives playing!! 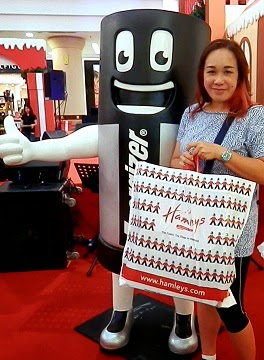 Malaysians were encouraged to partake in the Energizer Power of Giving campaign by buying and donating as many Energizer Max batteries, to power up all these fun toys. Afterall, it is of utmost importance to have the right batteries to make these awesome toys work, and Energizer Max's six-times longer lasting capabilities compared to ordinary carbon zinc batteries will promise a longer and happier play time for the kids. 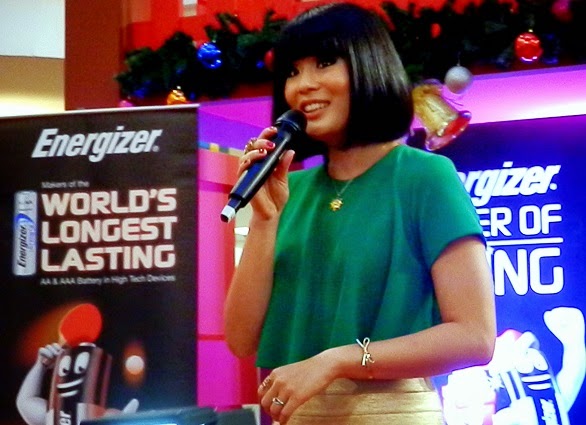 To raise the awareness about this campaign, Energizer embarked on a roadshow around 250 various locations all around Malaysia which will still be ongoing until the 28th of December, so if you come across one of these, do your part and donate some Energizer batteries... 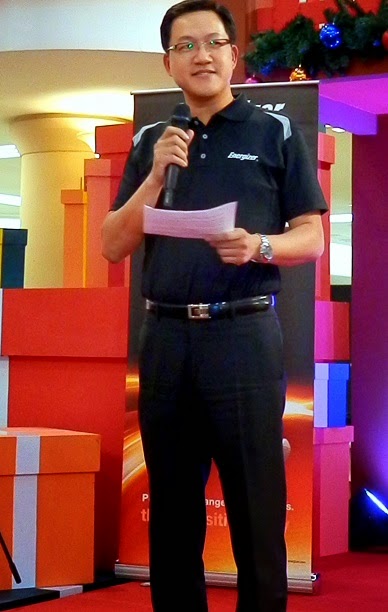 Power Up Gifts Via Donation

Help power the toys by donating  Energizer Max batteries when you see Mr Energizer, who is visiting a store near you or at the Energizer Power of Giving  road show at 1 Utama Shopping Centre (Ground Floor, Highstreet) from now until 28th December. For more info, check out
http://www.energizer.com.my/highlights/powerofgiving 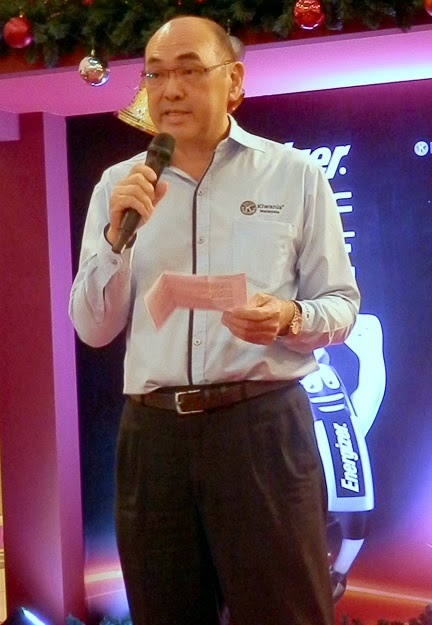 If you have any old battery-operated toys to donate to the children of Kiwanis Malaysia, you can drop them off with Mr Energizer or at the dedicated Energizer Power of Giving event space at 1Utama Shopping Centre (Ground Floor, Highstreet) until 28th December 2014. 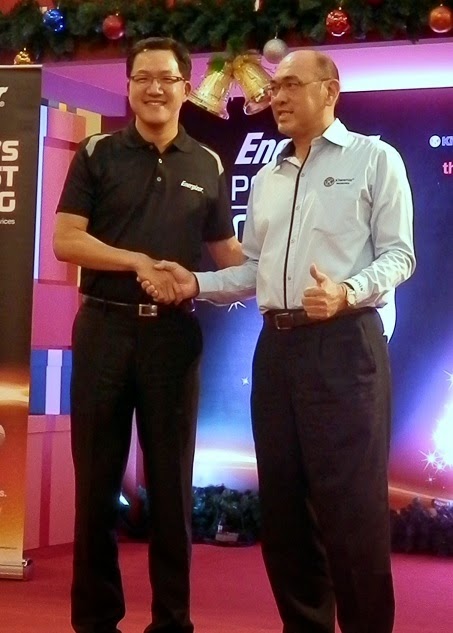 Power up the virtual Energizer Powerof Giving Battery with #positivenergy

Energizer will donate 30 Turbo Twisters toys from Hamleys to children of Kiwanis Malaysia, to match the general public's generousity of 1000 pledges. Turbo Twisters are popular remote controlled toy cars which speed around, and can flip, twist, turn and spin. Turbo Twisters are also built with bright LED lighting , and can withstand the roughest of rides - a winner with the children!

To make a pledge, you can post a photo of your good deed- it can be anything such as helping pregnant women carry their groceries or helping elderly folk navigate payment counters- all to spread the news  about the Power of Giving campaign. Remember to hastag #positivenergy on your Instagram, or pledge a good deed on the Energizer Malaysia Facebook page https://www.facebook.com/EnergizerMY/app_934223696607703

Pledges can be made until Sunday 28th December 2014. 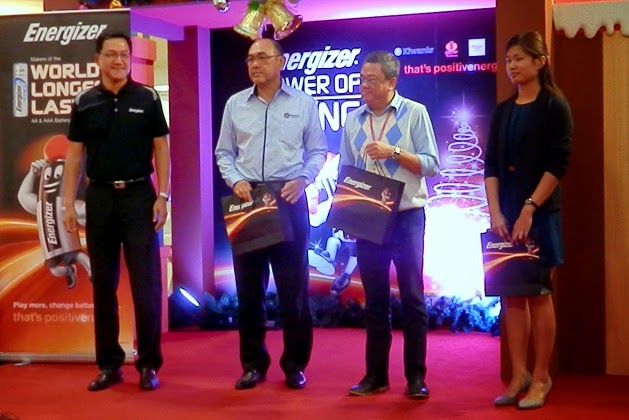 The Energizer Power of Giving campaign was held grandly on the day I was there. There were lots of fun activities and santarinas, elves, Mr Energizers flash mob, Christmas band, Christmas carollers and so much more. Energizer is also partnering with Nikon to capture positive moments in a photo contest  ongoing until 28th December 2014, where the winner stands the chance to win a free Nikon camera!!!

Do go and do your part in this Energizer Power of Giving campaign.....and have lots of fun along the way... 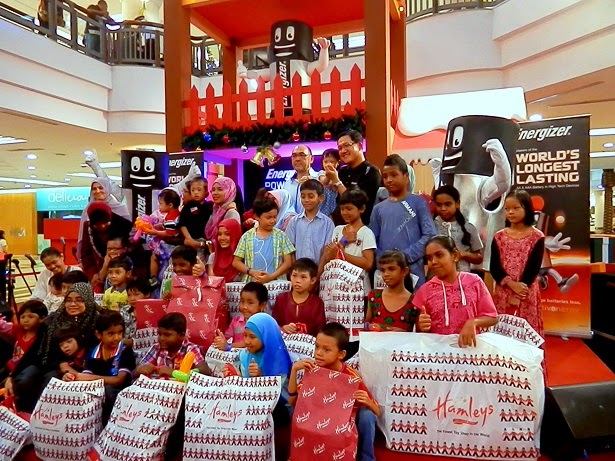