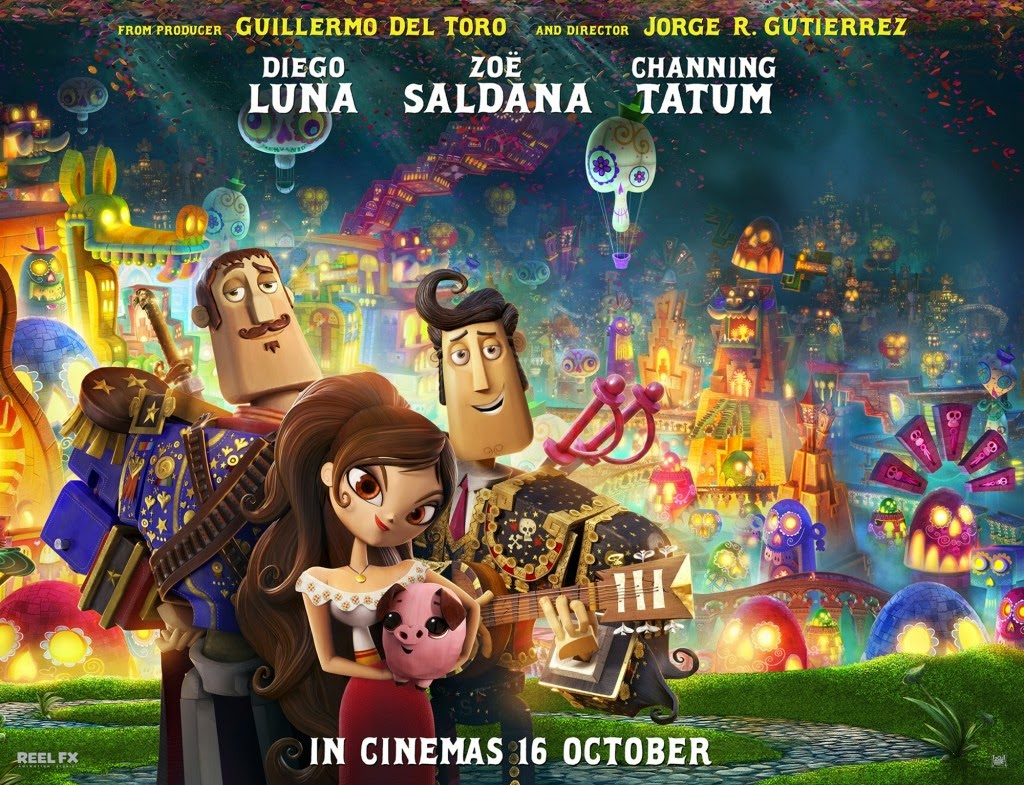 The very colourful Book Of Life is a story of a love triangle among three childhood friends, Manolo (voice by Diego Luna), Maria (Zoe Saldana) and Joaquin (Channing Tatum), who are stirred up after two dieties, Xibalba and La Muerte (husband and wife) of the underworld, one from The Land of the Forgotten and the other from The Land of the Remembered place their bets on which man will win Maria's heart when Xibalba expressed his dissatisfaction at his dull kingdom while La Muerte rules a colourful and vibrant spirit kingdom.

Manolo and Joaquin were best friends, and along with Maria, the daughter of the most important man in town, they were like the Three Musketeers getting into fixes. Maria is then sent away to Spain to study while Joaquin who is an orphan of the town’s greatest hero is taken under her father’s wing to be trained to be like his father. Romantic, strong-jawed Manolo, dreams of breaking away from his family's rich history of bullfighting to play the guitar, much to the dismay of his father, the world's greatest matador (Hector Elizondo) who insists he train to be an matador.

When they have grown up, Maria returned to find Joaquin a town hero, but a vain and self important man, and Manolo, a matador who does not have the heart to finish the game by killing the bull. She falls for Manolo but they are tricked by Xibalba, and somehow Manolo dies.

This journey takes him from the Land of the Living to the Land of the Remembered, where people who have lived complete lives, and are remembered among the living, go after they die. A final, daunting destination is The Land of the Forgotten, where those who have died with unfulfilled lives dwell all forgotten by the living. 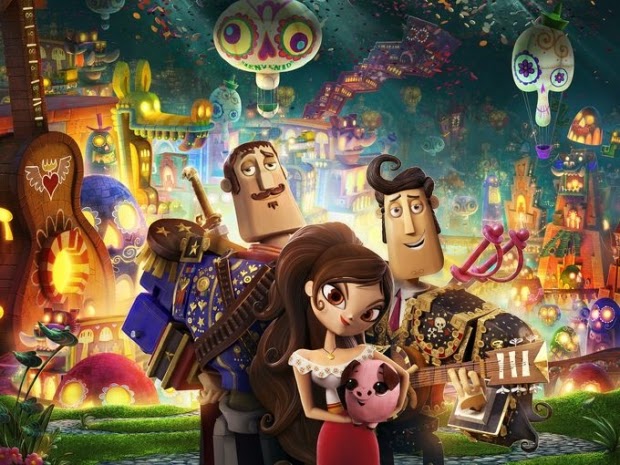 Along the way Manolo meets his bullfighter great-grandfather, who always wanted to be an opera singer (Placido Domingo) but never followed his dream. There are also wild characters including Candle Maker (rapper Ice Cube), an ancient diety with a body of wax and a beard made of clouds. 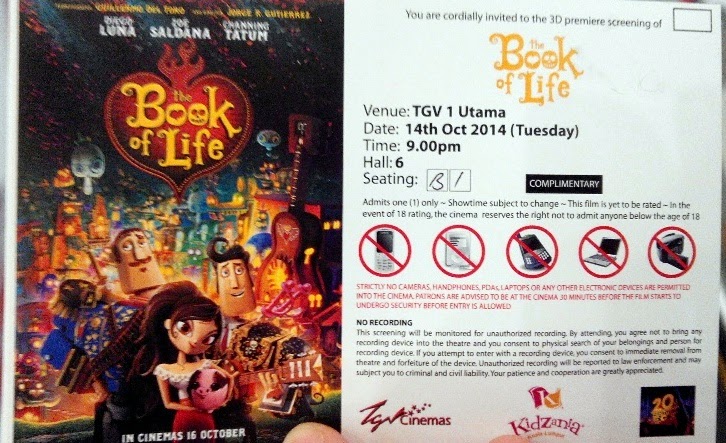 It is really a very colourful story and interesting to watch. I enjoyed the tale and the 3D effect was pretty amazing!! One thing I find funny which my little girl pointed out too was that Chuy the pig, Maria's pet pig does not snort or oink like pigs do but instead he "Beks?" (Beeeeekkkkk)/ My daughter laughed at that.

Thanks to Kidzania for the tickets to watch this great story. We got the seat second row to the front and I was so worried we were going to have a crick in the neck after the movie but there were a few empty slots at the seats behind and I spotted my blogger friend Jane Chua there a few rows to the back, so we sat next to her and watched the movie comfortably...My little girl really enjoyed it.