Is there any love for me? A true story (Part 1) 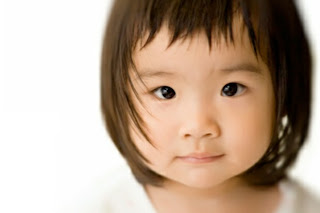 I want to tell you all a story of a Chinese girl. She was born many years ago. On the day she was born, her mother laboured alone in the maternity hospital to bring her into the world. Her father was however, somewhere else playing poker with his friends. He only paused to call to find put the latest updates and when he learnt that the newborn was a girl, he simply went back to his cards.

A girl was not really wanted in his family. They wanted a boy, someone to carry on the surname. A girl? A girl was useless, especially once she was married off, she would belong to another family.

This girl grew up to be a cute toddler doted by her mother's mother, barely tolerated by her father's family. Something went wrong and her parents got divorced when she was about 3 years old.

Her father wanted to take her, but her mother manage to gain custody of her and her father simply relinquished everything , and even though he was ordered to pay her upkeep of RM100 a month by the court, he never did. With the divorce, he had also cut her out from his life.

She learnt a couple of years after that, her father remarried and had a new baby with the new wife and he never looked for her again, neither did she get a chance to meet her half siblings.

She grew up without a father's love. Never once did he call her or send her a card or give her a present when it was her birthday.

Her mother too began going down the wrong path, mixing with the wrong sort of people, and taking up gambling, mahjong, poker, slot machines, gin rummy and flirting and mixing with men. After all she was still young and hoped for a man to settle down with.

Things began going bad for both her mother and the girl.

Her mother lost money and with that, her patience and tolerance.

Sometimes the little girl was a nuisance to her mother. Her mother would bring her to the gambling dens and clubs she frequented. The little girl would sit quietly in the corner doing her homework and reading her books, entertaining herself. Most of her growing up years were spent in the heart of gambling dens. Her mother was hooked on the games hoping to win big money and change their lives or so on.

But every time she lost money, her patience wears thin and the slightest thing the little girl do could set her mother's temper off.

Her mother would yell at her, pinch her in the thighs, slap her ...

This went on for quite a while. One day, a man came into the lives of this girl and her mother. He was handsome, charming and suave. Her mother was half smitten and became very close to this man.

Sadly, this man was also a gambler and would accompany the little girl's mother to the gaming dens etc. It was not long before he moved into the house with the little girl and her mother......

Find out what happened next....(for your info, this is a true story that happened to someone I know....)