How to make: a Jumbo Loom Band Zig Zag Bracelet

Somehow or other, now during my free time when I am not working , reading or blogging, I will experiment with the loom band. This is something I learnt and am doing. The quality of this bracelet is pretty awesome. It is thick and chunky and well, see here for how to create it.... 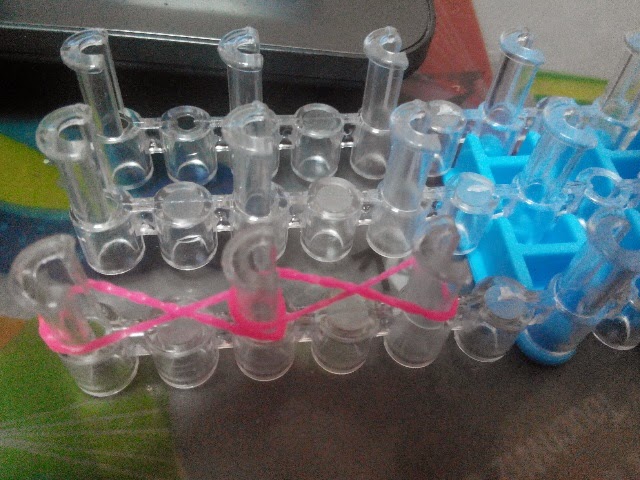 You are going to use six pegs and you will start by twisting a band around two of the pegs like a figure eight. 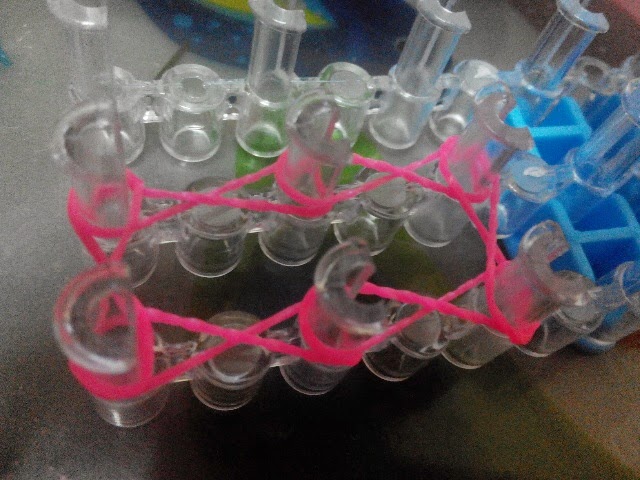 Repeat this process starting the next figure eight on the peg that your last one ended on.  Continue this step and work around each of the six pegs until you form a rectangle 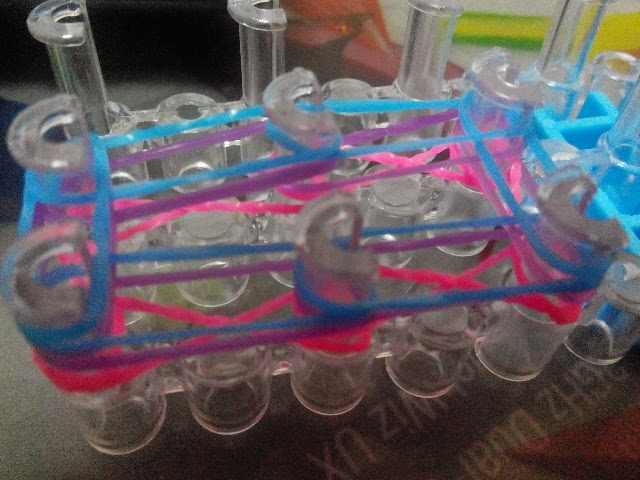 Then continue another layer. 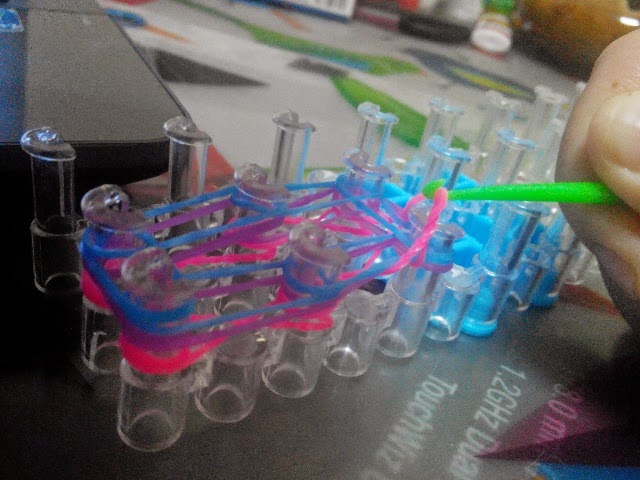 Hook the bottom two bands of the same color onto your hook. 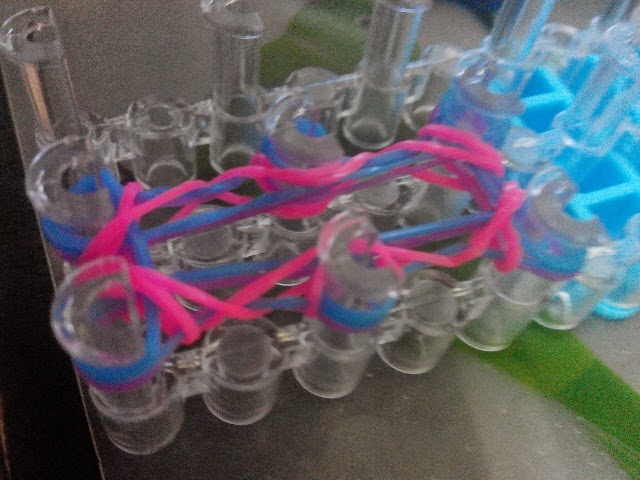 Pull these bands over the top of the hook to the inside corner.  Continue doing this for each of the six pegs. 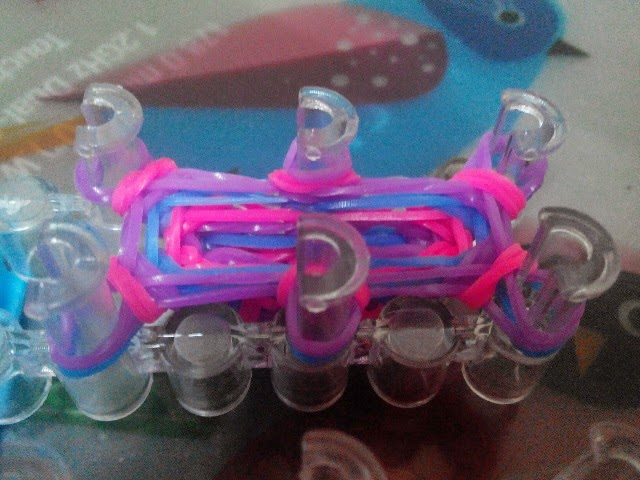 Repeat looping the next band on another layer .  This is how your Jumbo  Loom Band Zig Zag Bracelet will look like from the top. 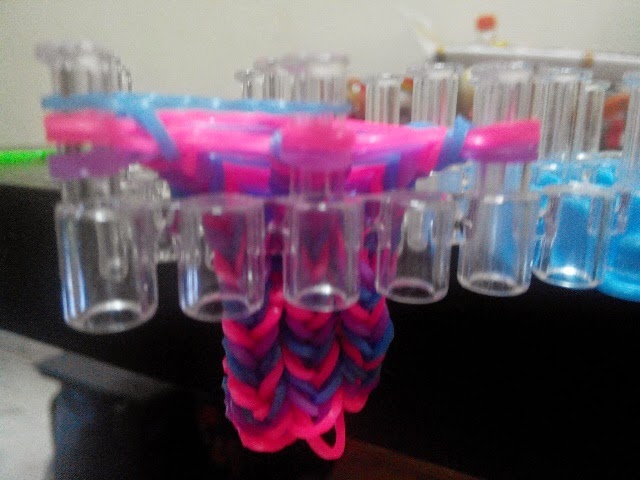 This is what it will look like from the side. As you build it, pull the bracelet out from underneath the loom to stretch it. 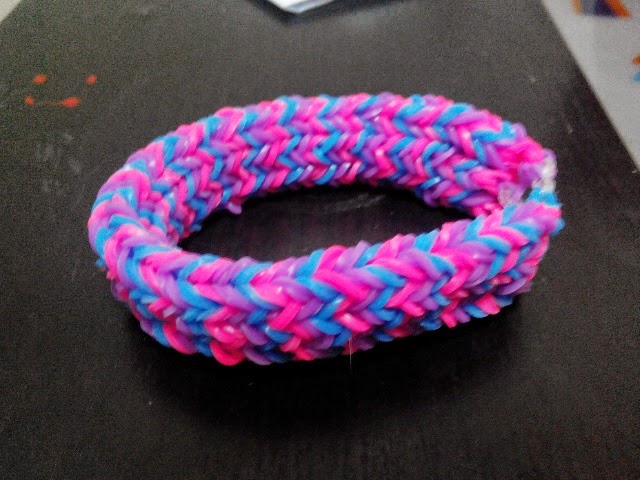