Oh gosh... I know , I am being silly but have you seen Shah Rukh Khan's new physique? I swear that Barbie's boyfriend- Ken the doll would be green with envy if he had feelings. His abs are so rock hard and for a 47 year old man, I am speechless.....he would make any 20 something or 30 something yuppies and guys jealous!!!

Apparently , he worked hard with his personal trainer Prashant Sawant to get that sort of abs.. what is it? 8 packs? 10 packs???? You can all watch it in his new upcoming movie "Happy New Year" in which Shah Rukh Khan will act as a thief..... Oh he can steal my heart anytime... *wink wink*

His secret? Shah Rukh Khan supposedly workout with weight training along with working on his abs, four times a week. He makes sure there’s a rest period between each weight training day. He will also makes sure he gets enough cardio — 30-60 minutes of running, jogging, cycling or aerobics every day.
Shah Rukh Khan is actually pretty fastidious about his regime and his trainer Prashant Sawant travels with him whenever he has to go outside Mumbai for shoots. Shah Rukh Khan has a very high basal metabolic rate which allows him to do the most difficult of endurance training regimes. In fact, he has so much energy that he can go continuously for an hour and a half without stopping.
‘He can run continuously at 15 kilometres an hour on the treadmill. He also has exceptional balance and can easily jump over four-and-a-half-feet high hurdles which perhaps explain how he can do such perfect cartwheels. Oh wow... what a man... be still my heart!!!! 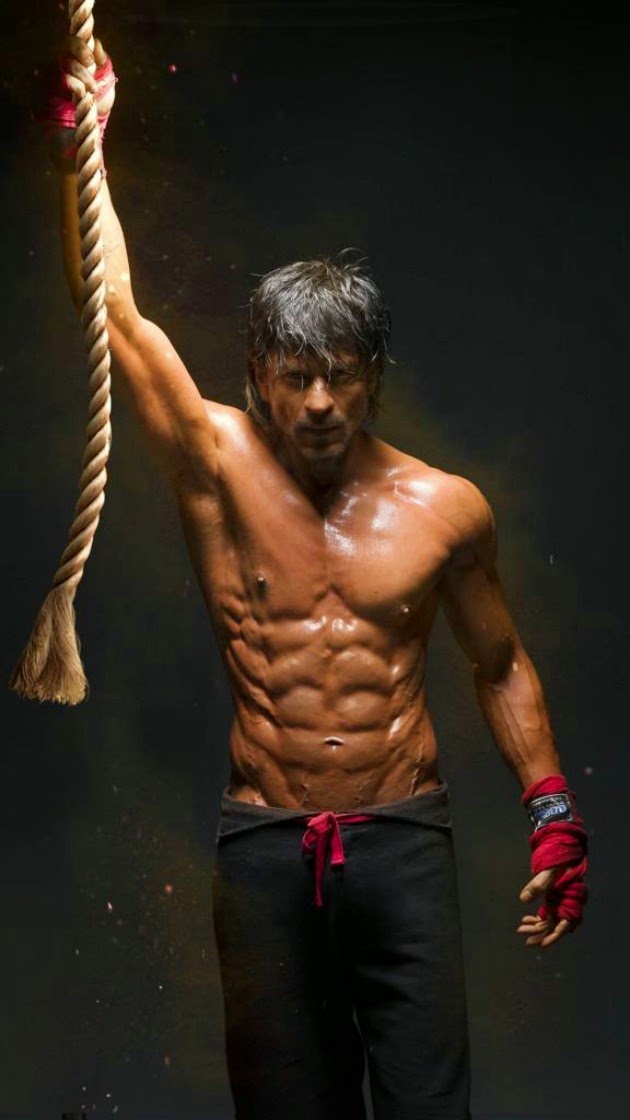