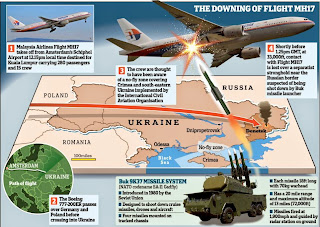 A MALAYSIAN Airlines passenger plane with 295 people on board has been
shot down over wartorn Ukraine today.

Pro-Russian insurgents or the authorities have been blamed for
blasting the commercial jet out of the sky by launching a ground to
air missile, a Russian-made Buk, or Beech, antiaircraft system.

All passengers are confirmed dead and dozens of bodies are scattered
over the ground, up to nine miles from the crash site.

The twisted, mangled wreckage of the Boeing 777 is still smouldering
but the black box has been found.

Flight MH17 was travelling from Amsterdam to Kuala Lumpur at an
altitude of 33,000feet when it was hit.

Jos Nijhuis, the CEO of Schiphol Airport, said: "The nationality of
the crew are all Malaysians. 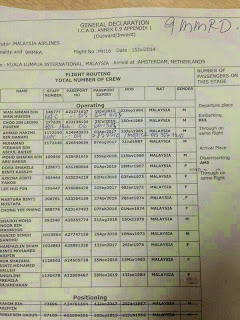 "Our main priority at the moment is to look after this people who are
suffering and that is our greatest attention at this point in time. 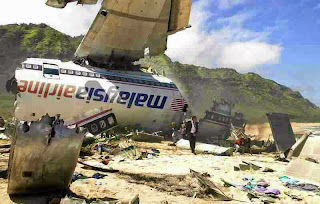 "The nationalities as we know at this time - 154 Dutch passengers were
onboard the aircraft, 27 Australian passengers, 23 Malaysian, 11
Indonesian, six from the UK, four from Germany, four from Belgium,
three from the Philippines and one Canadian.

"The rest we have not yet identified the nationality. We are in the
process of verifying the data we have got."

Mr Nijhuis added that arrangements will be made to fly the victims'
relatives from Amsterdam to Kiev.