Place the washed lemon in the freezer.
Once frozen, get your grater, & shred the whole frozen lemon (no need to peel it) and sprinkle it on top of your foods!

On vegetables, salad, ice cream, soup, cereals, noodles, spaghetti sauce,
rice, sushi, fish dishes, ... the list is endless.
All the foods will get an unexpected wonderful taste!
Most likely, you only think of lemon juice as vitamin C ??
Not anymore!
What's the major advantage of using the whole lemon other than preventing waste & adding new taste to your dishes?
Lemon peels contain as much as 5 to 10 times more vitamins than the lemon juice itself & that's what you've been wasting!
Lemon peels are health rejuvinators in eradicating toxic elements in the body.
The surprising benefits of lemon is the miraculous ability to kill cancer cells! It is 10,000 times stronger than chemotherapy!!
Why do we not know about that?
Because there are laboratories interested in making a synthetic version that will bring them huge profits.
You can now help a friend in need by letting him/her know that lemon juice is beneficial in preventing the disease.
Frozen lemons taste is pleasant and it does not produce the horrific effects of chemotherapy.
How many people will die while this closely guarded secret is kept, so as not to jeopardize the multimillionaires large corporations?
This plant is a proven remedy against cancers of all types.
It is considered also as an anti microbial spectrum against bacterial infections and fungi, effective against internal parasites and worms,  it regulates blood pressure & an antidepressant, combats stress & nervous disorders.
The source of this information is fascinating: it comes from one of the largest drug manufacturers in the world, says that after more than 20 laboratory tests since 1970,the extracts revealed that It destroys the malignant cells in 12 cancers, including colon, breast, prostate, lung & pancreas...
The compounds of this tree showed 10,000 times better effect than the product Adriamycin, a drug normally used chemotherapeutic in the world, slowing the growth of cancer cells.
And what is even more astonishing: this type of therapy with frozen lemon extract only destroys malignant cancer cells and it does not affect healthy cells. .

So, give those lemons a good wash, freeze them and grate them. Your whole body will love you for it!! 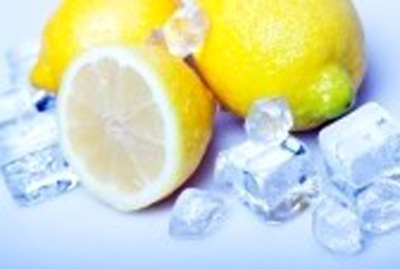