Now why would you have to act so crazy girl? It is the holy month of Ramadan after all , a charitable month. And you are wearing the hijab, and should be setting a good example to other Muslims and non Muslims.

It' just a car, and ok, a new car, but it is just a dent which can be repaired in a bit. No need to lose your dignity and created more chaos .


Yes, understandably you are upset, who won't be, but it is just an accident, there was no need to be so blatantly rude to the other person who was probably just as shaken by the accident as you.

Now you've gone and make yourself the topic of the day for being an ill mannered bitch. Shame on you... You could have just maintained your dignity and settle it properly like a lady.

A young Malay woman wearing a hijab created a scene when she threw a hissy fit of a temper after her car, a supposedly new white Peugeot, was hit from behind by a car driven by a senior  Chinese citizen.
She did not realize a passer-by was recording her entire fit and uploaded it into a social media network earlier today.
The accident, supposedly occured at a major junction in Jalan Tun Ismail and Jalan Bukit Sekilau in Kuantan, caused a huge traffic congestion.
The woman in the video was seen hitting the car of the senior citizen who had knocked her car while screaming rudely throughout, after she snatched his car key.
The senior citizen tried to calm things down by explaining that it was accidental, but the woman kept screaming, “Ini kereta barulah bodoh” while bashing the elderly man’s car with a steering lock.
She also yelled “I don’t care, pay me RM2,000 now!”, “you very stupid!” and other racial comments towards the end of the video even after the senior citizen assured her that he would see to the damages.

When the woman refused to calm down, he advised her to go back to her car, but she demanded to be paid immediately and hit his car with a steering lock bar, at which the elderly man warned her not to do .
In the almost three minute long video, she also uttered rude racial comments in accusing the elderly man of doing it on purpose.
Several passers-by were seen trying to get the two vehicles away from blocking the road, but to no avail.
It was not immediately clear if the senior citizen got his car key back.
The video drew criticism from social networkers who slammed her shameful behaviour and said she would have been beaten up by a less well-mannered road user.
She should be ashamed of her disrespectful attitude towards an elderly man who acted calmly. 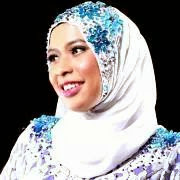 The picture of the woman who threw a hissy fit