Kürtös kalács is the supposedly the oldest Hungarian pastry which stems from the Hungarian words kürtő that refers to "chimney" and kalács meaning "cake". Kürtös kalács was first made in Covasna County - Transylvania Region, by Hungarian settlers and the recipe is one of the best kept secrets of Eastern Europe.

Kurtos Spiroll is opened at the LG of Pavilion Kuala Lumpur, near the Food Republic is, and they sell Kürtös kalács which is also called Hungarian Chimney Cake.

Kurtos Spiroll is located in Lot1.12.01 Pavillion Mall Kuala Lumpur, Malaysia.
The texture is pretty soft and chewy. I ordered the Cinnamon Sugar one which reminds me of  Auntie Anne's pretzels. It is definitely worth a try and served fresh and piping hot. 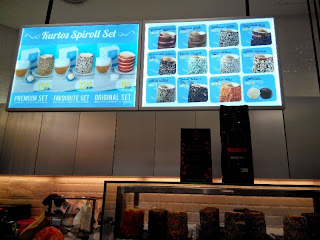 The front of the shop, with the menu 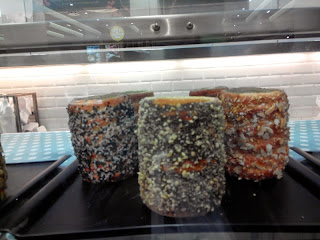 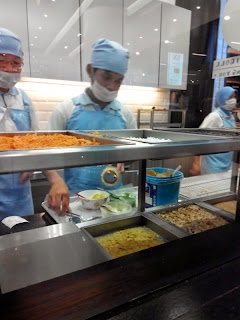 Made to order and served piping hot 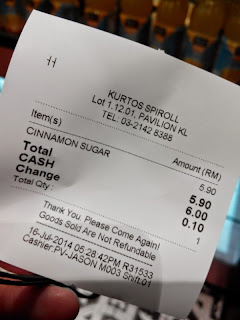 I bought the cinnamon sugar one to taste 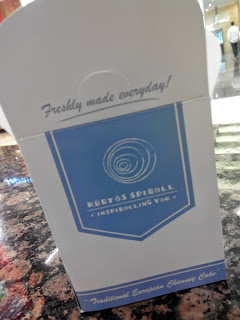 The box it came in 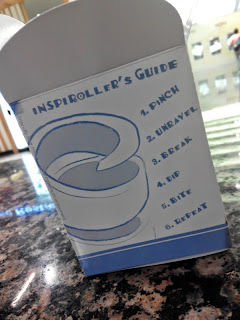 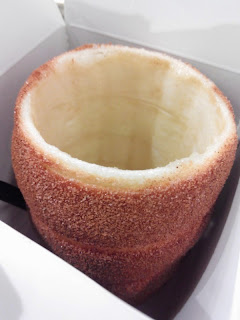