Trancripts of conversations regarding MH17 ??

These are transcripts of conversations regarding MH17 allegedly between Russian military intelligence and Ukrainian separatists that were intercepted by Ukraine’s spy agency in the moments after Malaysia Airlines Flight MH17 was shot down.

Authorities have yet to verify what brought down the Amsterdam-Kuala Lumpur flight with 298 on board, but suspicion is focusing on the pro-Russian separatists who are believed to have fired an air-defence missile at the civilian airliner after mistaking it for a military transporter.

The first exchange is between someone named Igor Bezler, identified as Russian intelligence, and Vasili Geranin, a colonel in the Russian Federation separatist force.
Bezler: We have just shot down a plane. Group Minera. It fell down beyond Yenakievo (Donetsk Oblast).
Vasili Geranin: Pilots. Where are the pilots?
Bezler: Gone to search for and photograph the plane. It’s smoking.
Geranin: How many minutes ago?
Bezler: About 30 minutes ago.

This was followed by a subsequent conversation between two separatist rebels identified by Ukrainian intelligence as “Grek” and “Major”, believed to be after an inspection of the crash site.
“Major”: These are Chernukhin folks who shot down the plane. From the Chernukhin check point. Those Cossacks who are based in Chernukhino.
“Grek”: Yes, Major.
"Major": The plane fell apart in the air. In the area of Petropavlovskaya mine. The first “200” (code for dead bodies). We have found the first “200”. A Civilian.
“Grek”: Well, what do you have there?
“Major”: In short, it was 100 per cent a passenger (civilian) aircraft.
“Grek”: Are many people there?
“Major”: Holy shit! The debris fell right into the yards (of homes).
“Grek”: What kind of aircraft?
“Major”: I haven’t ascertained this. I haven’t been to the main sight. I am only surveying the scene where the first bodies fell. There are the remains of internal brackets, seats and bodies.
“Grek”: Is there anything left of the weapon?
“Major”: Absolutely nothing. Civilian items, medical items, towels, toilet paper.
“Grek”: Are there documents?
“Major”: Yes, of one Indonesian student. From a university in Thompson.

A third conversation is of an unidentified rebel and Cossack commander Nikolay Kozitsin.
Rebel: Regarding the plane shot down in the area of Snizhne-Torez. It’s a civilian one. Fell down near Grabove. There are lots of corpses of women and children. The Cossacks are out there looking at all this.
They say on TV it’s AN-26 transport plane, but they say it’s written Malaysia Airlines on the plane. What was it doing on Ukraine’s territory?
Kozitsin: That means they were carrying spies. They shouldn’t be f*cking flying here. There is a war going on.

MH17 was believed to have been shot down over eastern Ukraine by pro-Russian militants yesterday, killing all 298 people aboard, a Ukrainian interior ministry official said.
MAS said air traffic controllers lost contact with MH17 as it flew over eastern Ukraine towards the Russian border, bound for Asia with 283 passengers and 15 crew aboard.
MAS earlier maintained that the plane’s flight path over the restive area had been green-lighted by International Civil Aviation Organisation and International Air Transportation Association.
Prime Minister Datuk Seri Najib Razak earlier called the incident as a “tragic day in a tragic year for Malaysians”, in reference to the loss of another MAS plane, the still-missing MH370, that disappeared on March 8 with 239 on board.
(Taken from Malay Mail Online) 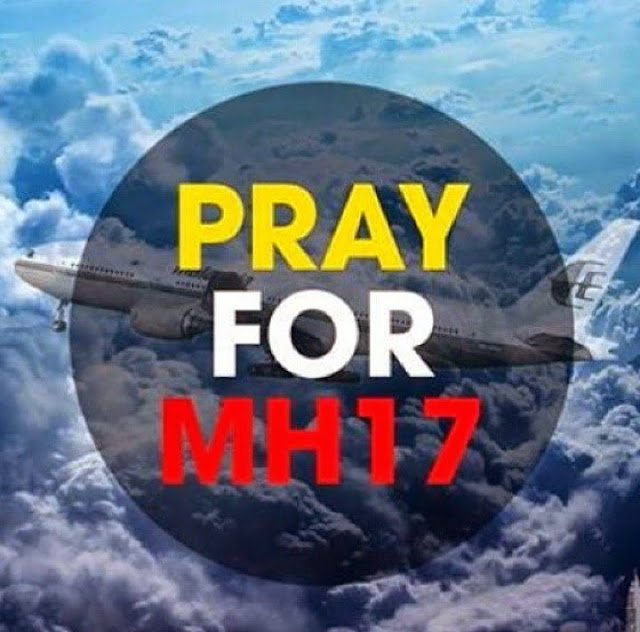