Do you believe in reincarnations?Reincarnation is the religious or philosophical concept that the soul or spirit, after biological death, begins a new life in a new body.

Jalalu Rumi (Islamic Poet of the 13th century)-"I died as a mineral and became a plant, I died as a plant and rose to animal, I died as animal and I was man. Why should I fear? When was I less by dying?"

Could this be such a case? I just wonder... Look at the physical similarity between Enza Ferrari, the founder of Ferrari and Mesut Ozil, German footballer.

Maybe? Maybe not? I leave it to you to ponder while I give you a short biodata of both individuals.

The  Qur'an, Chapter II, Verse 28: "How can ye reject the faith in Allah? - seeing that ye were without life, and He gave you life; then will He cause you to die, and will again bring you to life; and again to Him will ye return."

The First World War killed both his father and brother in 1916. Enzo was enlisted in the third Alpine Artillery of the Italian army until he contracted the deadly flu at the end of the war. He survived.

The jobs that he took immediately after the war were all related to cars. He worked for CMN and Vespa as a test driver, and then got a position at Alfa Romeo. At the same time, he was developing as a driver, taking part in the first post-war sporting event of 1919. His success in racing got him promoted to full factory driver for Alfa Romeo and he started taking part in higher profile events. He was awarded by the new leader, Mussolini, for his ability.

In 1932, he married Laura with whom he had a son called Alfredo in the same year. He was brought up to be Enzo's successor but he died from muscular dystrophy in 1956.

His interest in the technical dimension of cars meant that he was not content to be a driver. During the next war he was involved in manufacturing for the war effort.

Ferrari's mistress Lina Lardi gave birth to his son Piero in 1945, who was named as his successor after Laura's death in 1978. He is now vice-president of the firm.

In 1946, Ferrari produced the first car to take his name. The Ferrari company flourished in the post-war economy of the 1950s. He raced in the Formula One Championships when they were first established in 1950 but he did not get his first victory until the British Grand Prix in 1951.

His team won their first F1 Championship in the 1952-53 season. His decision to continue racing in the dangerous and grueling long-distance competition Mille Miglia brought his company new victories and public recognition.

Even though it was responsible for making some of the most stylish models of car of that era, the company's fortunes declined in the 1960s, and 90 per cent of it was bought by Fiat in 1969.

Ferrari stood down as company president in 1971, although he remained closely involved until his death on 14 August 1988 in Maranello at the age of 90 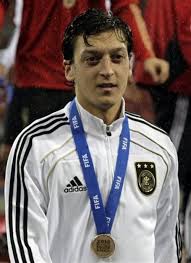 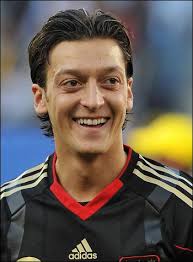 Mesut Özil was born on October 15, 1988 in Gelsenkirchen, Germany. Özil is a third-generation Turkish-German of Kurdish descent. His grandparents were Turkish, and his father moved to Germany.

He has practiced football since he was 6 years old. He began his football career when still a teenager in Falke Gelsenkirchen and Westfalia 04 Gelsenkirchen clubs. Özil signed his first contract with Rot-Weiss Essen club in 2000 and played there for five years.

In 2005, Mesut began playing for the Gelsenkirchen Schalke 04 youth team where he almost at once became one of the leading players. Despite very high game level Özil did not appear on the pitch frequently and had no chance to score.

In 2008, the 20-year old footballer signed a three-year contract with Werder Bremen and the transfer cost around 4 million euros. Özil secured a spot in the team’s main squad at once and during next two seasons scored 13 goals.

As part of the Germany youth national team he won the final of the UEFA European U21 Championship in 2009.

On August 17, 2010, the footballer joined Real Madrid. The transfer cost more than 15 million euros. Playing for Los Blancos the German turned into a top-class player.

During three seasons Ozil featured in 159 matches and scored 27 goals.

However, with the arrival of Isco and Gareth Bale he left the club and joined Arsenal on the last day of 2013 transfer window in a deal worth £42.5m.


Surah 39:42 Al Zumar (Crowds) It is Allah that takes the souls at death: And those that die not during their sleep: Those on whom He has passed the decree of death, He keeps back, but the rest He sends for a term appointed. Verily in this are Signs for those who reflect.