Whenever I travel somewhere new, my first stop is to try to find the Tourism Centre there so I can get more information on the place I am at  and to find out where is the interesting place to visit in that area/ state/ country. We have that here in Kuala Lumpur too.

I would like to share a little bit about the Malaysia Tourism Centre or fondly known as MaTiC.  It is located along Jalan Ampang near Zouk Discotheque and somewhere in front of the Renaissance Hotel.

A one-stop tourist centre, MaTiC is determined to place Malaysia on the global map as one of the finest tourist destinations in the world. The various services and facilities offered by MaTiC include the Tourist Information Counter, Tourist Police Counter, Internet access to its tourism e-portal, Saloma Bistro & Theatre Restaurant, Cocoa Boutique, Saloma Retail Centre, ATM Machine, Money Changer, Karyaneka and Hop On and Hop Off Ticket Counter and etc.

MaTiC is dedicated and committed towards providing a quality, professional and friendly service to local and foreign tourists in its endeavour to become a leading one-stop tourist centre. Since the opening of the tourist information centre after its official launch as well as its establishment as one of the pick up points for KL city tours in January 2002, MaTiC has witnessed a tremendous increase in the number of visitors.

The Malaysia Tourism Centre (MaTiC) is located in an architectural and historical building. Built in 1935, the main building served as the residence of a wealthy mining and rubber estate tycoon, Eu Tong Seng. Its architecture is colonial.

In 1941, it briefly housed the war office of the British Army. However, when the Japanese invaded Malaya during the Second World War, it became the headquarters for the Japanese Imperial Army until the end of the war in 1945. Soon after, the new government of the Federation of Malaya (as Malaysia was then termed) claimed ownership of the building. A conference hall was added and named the Tunku Abdul Rahman Hall, in honour of YTM Tunku Abdul Rahman Putra Al Haj, the country's first Prime Minister.

Since then, the Hall has become the venue for numerous historical events including the Malayan Parliament in 1959 and the Installation Ceremonies for several of Yang DiPertuan Agong (Malaysian Kings). 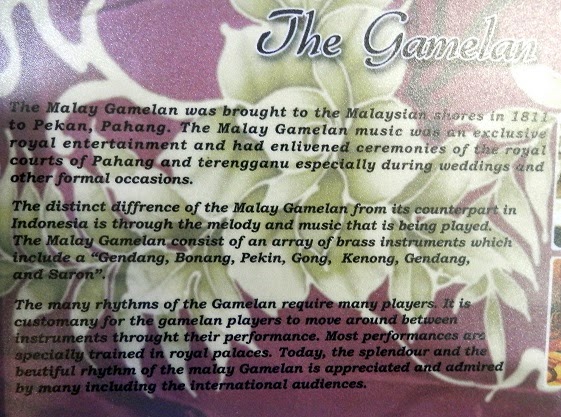 Be sure to check out the lovely Gamelan set they have at the concourse area of MaTiC... 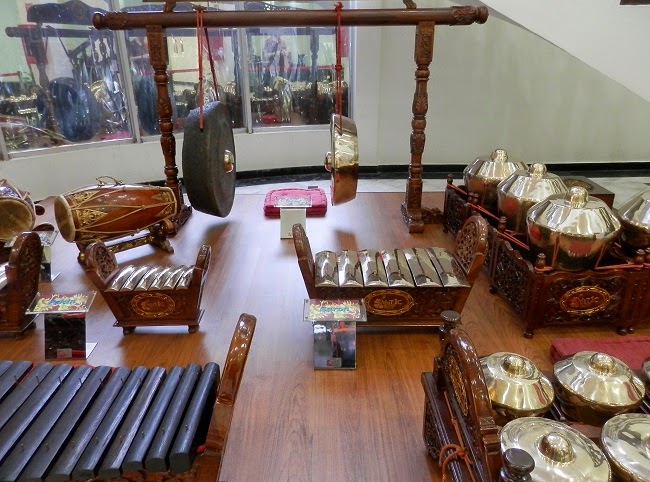 In 1988, the then Ministry of Culture, Arts and Tourism refurbished the main building, added two wings to the existing building and renamed it the Malaysia Tourist Information Complex (MATIC). Opened to the public since mid-August 1989, MaTiC offered a wide range of facilities and services to assist tourists in planning unforgettable holidays in Malaysia. It also enabled them to experience the essence of Malaysia within the Complex through the various cultural shows and demonstrations. On February 16, 2001, the name was changed and the Malaysia Tourism Centre (MaTiC) or also known as Pusat Pelancongan Malaysia, was born.

So yours truly was invited there recently to see the MaTiC Fest, an annual event they held. It was for 3 days and it was action packed!! 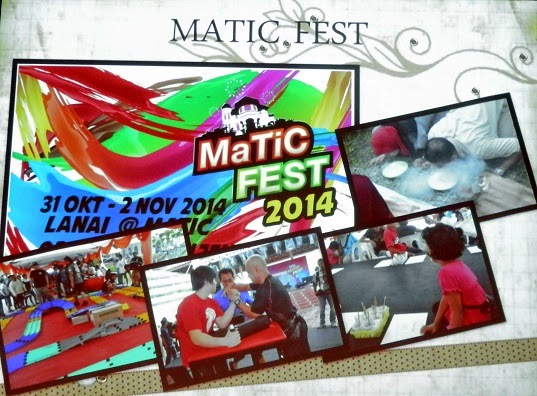 MaTiC Fest 2014 was held to introduce tourism and traditional products to MaTiC visitors both locally and for tourists .

MaTiC will continue to hold their annual MaTiC fest because it id s tourist friendly concept with a variety of interesting activities for both domestic tourists and also foreigners. 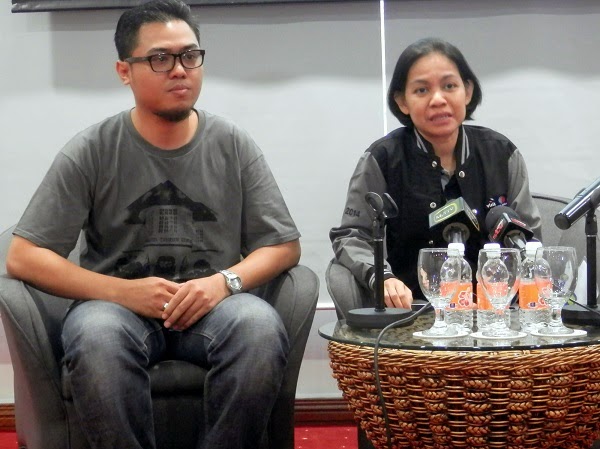 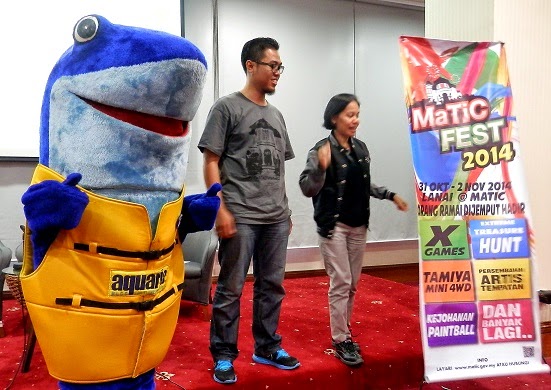 It is also to promote a healthy Malaysian lifestyle to both domestic and foreign tourists as well as to open business opportunities for small and medium industries.

The event was held at the Lanai @ MaTiC along Jalan Ampang from the 31st October to the 2nd November  from 10 am to 10pm.


Among other invited artistes and guests that performed at the MaTiC fest besides Joe Flizzow was Altimet and a few others... 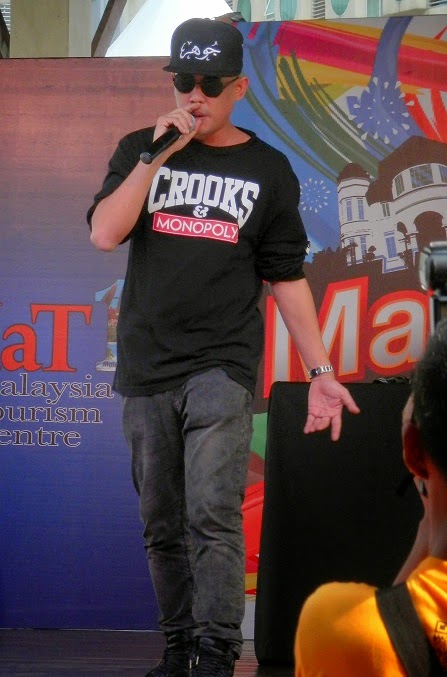 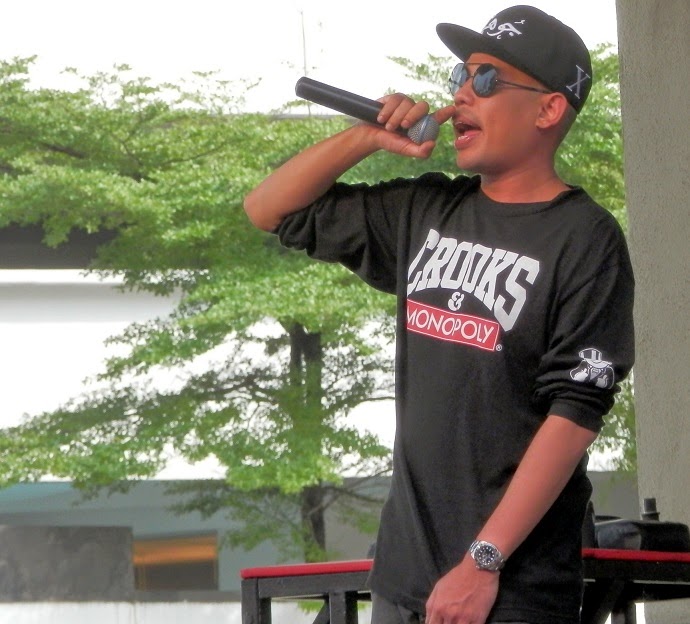 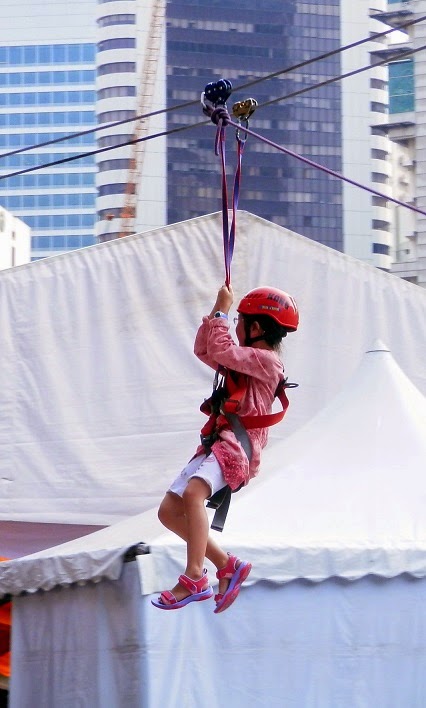