One of the contemporary Korean Drama I have been watching and enjoying is this, Cheongdam-dong Alice. A kind of Alice in Wonderland kinda story. The cast consist of beautiful people and well, a fun and good plot...
Han Se-kyung (Moon Geun-young) believed in l'effort est ma force, meaning "hard work is my strength." The aspiring fashion designer could not afford to study overseas, but won many local design contests and mastered French on her own. She slowly begins to lose her positive outlook toward the world when her father's small bakery closes down after losing customers to larger retailers. Se-kyung's boyfriend of six years (Namgoong Min), who has to pay his sick mother's medical bills, cheats his company and runs away with her savings.


After much struggling, Se-kyung gets a job as a designer at GN Fashion, an apparel company in ritzy, image-conscious Cheongdam-dong (a small, insular, and particularly posh neighborhood in Seoul's Gangnam District). She is shocked to find out, however, that her actual job is being a personal assistant to the president's wife ― who turns out to be her high school classmate and rival Seo Yoon-joo (So Yi-hyun).
Her "official" boss In-hwa (Kim Yoo-ri) is the president's younger sister, at 29 only two years older than Se-kyung, who became the youngest person to be appointed to her position. "What sucks is your taste, not your resume," In-hwa coldly informs Se-kyung. "Taste is an accumulation of what you see and think, as well as the kind of things you are exposed to, from the moment that you were born."
What she says completely shatters Se-kyung's life philosophy rooted in hard work and consistent effort. Upon this despairing realization, Se-kyung changes her life's course. Seeing how Yoon-joo's life has changed compared to her own, Se-kyung decides to do exactly the same thing: marry a rich man. She enlists Yoon-joo's help and embarks on the project to become a "Cheongdam-dong daughter in-law," a term referring to stylish young married women of the upper crust living in that wealthy neighborhood. Her bitter disillusionment leads her to seduce Jean Thierry Cha (Park Si-hoo), the youngest CEO in the luxury-brand industry. Cha, whose real name is Cha Seung-jo, harbors a petty side and is determined to get back at the people who have hurt him in the past. And despite his line of business, he feels a strong hatred towards women who marry for money and are obsessed with designer labels. Seung-jo falls for the genuine, idealistic Se-kyung, but not knowing this, she gives up being the person she wanted to be, and decides to live like those she once despised. 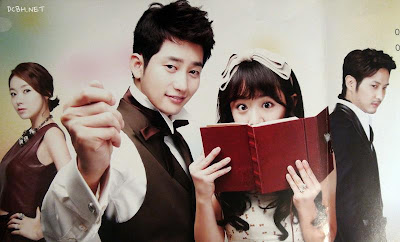 Han Se-kyung is an optimistic girl living her life with the belief that "hard work is my strength." After countless job interviews, she finally gets hired by an apparel company. But not as a designer; instead, she becomes an errand girl for the president's wife. This makes her rethink her past and makes her determined to change her future.

The Korean president of Artemis, a famous luxury brand. Although he was born into a rich family, he is estranged from his father and built his company based on his own hard work. He says he will never trust women again after getting hurt by one; actually, he desires true love more than anybody else.
So Yi-hyun - Seo Yoon-joo

Ever since she was a young girl, Seo Yoon-joo had wanted to enter Cheongdam-dong. After using several methods, she finally becomes a "Cheongdam-dong daughter-in-law." She was once Han Se-kyung's rival in high school, and used to be jealous of her.

A famous Korean designer, who moonlights as a matchmaker for upper crust families. At first, he schemes against Han Se-kyung for ruining his plans for an arranged marriage between Cha Seung-jo and Shin In-hwa. But later he admires her tenacity and helps her.

Cha Seung-jo's father, and president of Royal Department Store. He is estranged from his son and tries to reconcile with him.

Shin Min-hyuk's younger sister. She is the youngest to become the leader of the team of designers at GN Fashion, and is Han Se-kyung's boss. In-hwa has beauty, talent, a strong personality, and an excellent background, and her pride is piqued when Cha Seung-jo chooses Se-kyung over her, so she tries to undermine their relationship. 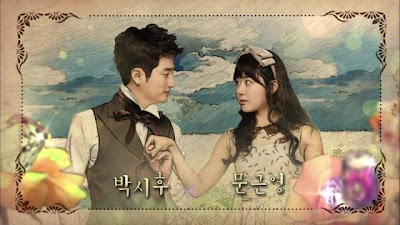