Hard Rock Cafe has always been synonymous to good live music and great American food such as burgers and fries. Continuing the tradition is  the Hard Rock Cafe Malacca, and without a doubt, this 9,000 sq ft double-storey building on the banks of the Melaka River is turning into one of the hottest spots to hit in this once-sleepy UNESCO World Heritage City.

Opened in January 2013, Hard Rock Cafe Malacca has a similar layout to the rest of the chain’s outlets all across the world – outdoor and indoor seating areas, together with a live stage, a bar, and the iconic Rock Shop selling Hard Rock Cafe Malacca memorabilia. Bringing distinctive Malacca flavor to the decor is the Straits Malacca-inspired patterned floor, with walls decorated with music memorabilia such as Bruce Springsteen’s signed guitar and Prince’s white dinner jacket. 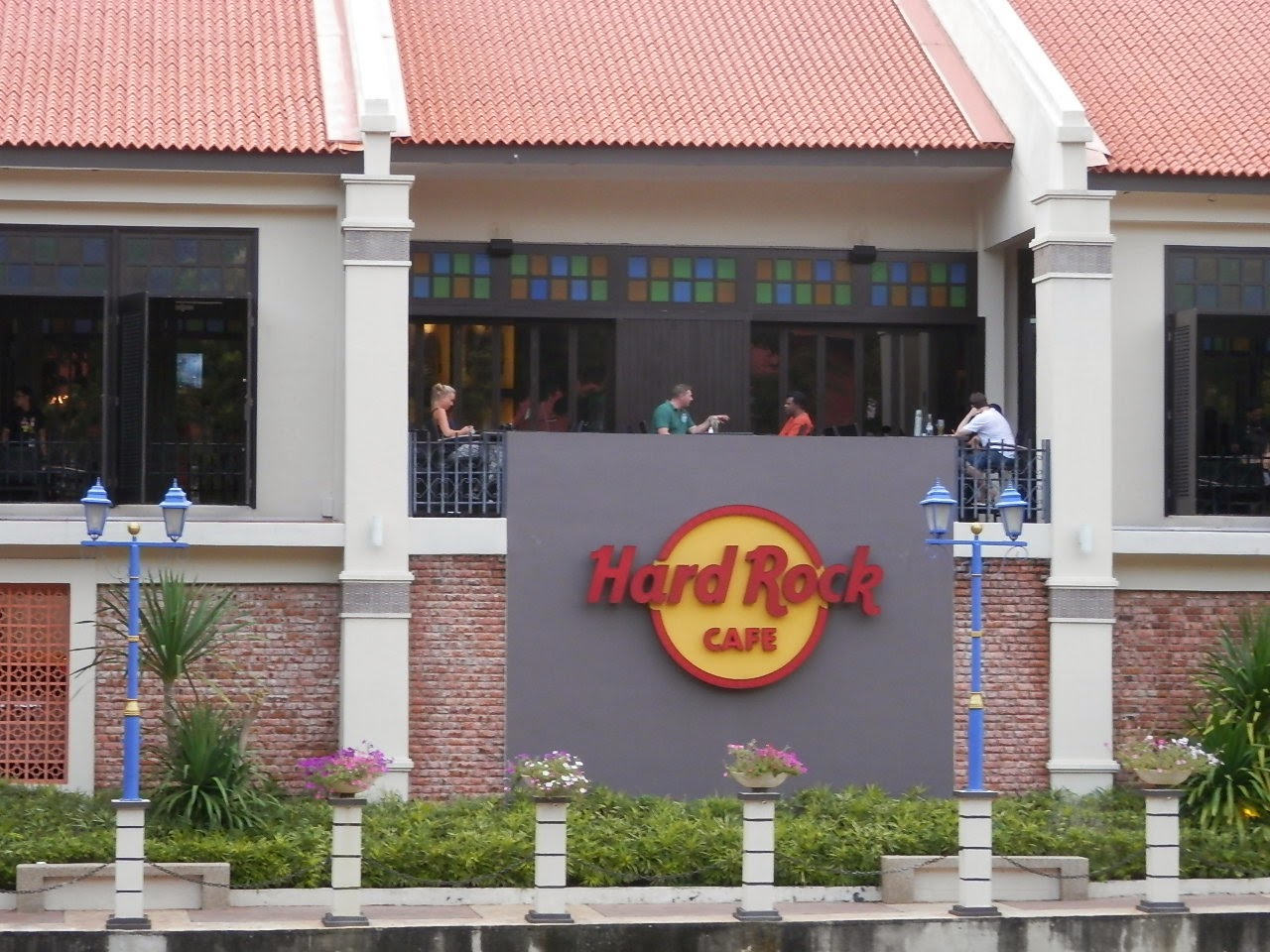 We were here on our first evening in Melaka. It just happened that my husband's ex wife holidaying with us, or rather we were holidaying with her wanted to eat there and since it happened to be my 11th anniversary married to my dear hubby, we agreed to have dinner there and stay a little while to enjoy the live band which was quite decent. On that day the band wasn't that terrific as some other bands but they were pretty decent.

My little girl, being 10 years old had a special menu given to her...it doubles as an activity book as well

The food was pretty good, as expected and I enjoyed the ambience. The staff were also pretty friendly and helpful