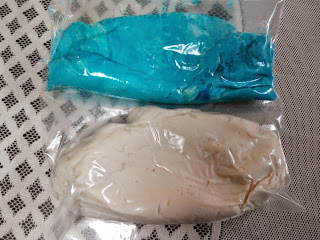 I made some play dough for my little girl today. She was whining about not being able to find only white coloured play dough at Giant hypermarket in big quantity, and so I decided to make it instead.


If you have never tried making your own play dough, this is the time to give it a try. It's different from the play dough you find in shops, being much softer and lasting a whole lot longer.
Play dough for children is wonderful for creativity and stimulates their imagination to built and mould almost anything they like... 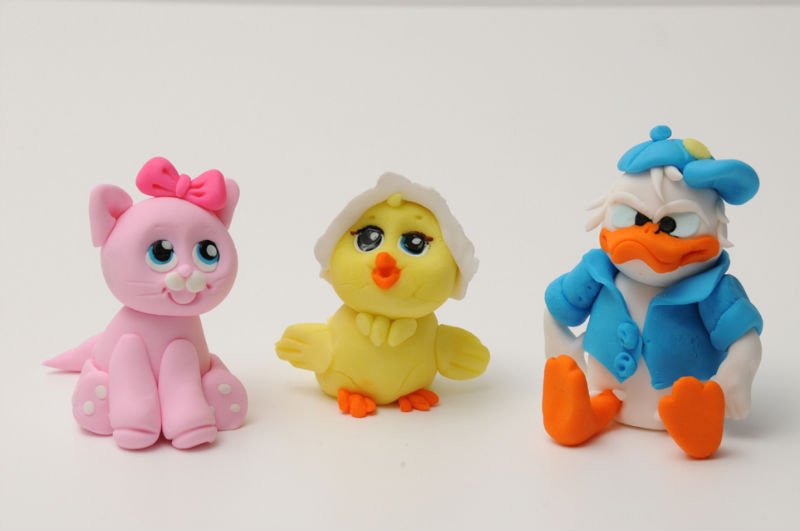 You need:
2 cups plain flour (all purpose)
2 tablespoons vegetable oil
1/2 cup salt
2 tablespoons cream of tartar
Up to 1.5 cups boiling water (adding in increments until it feels just right)
food colouring (optional)
Method:
Mix the flour, salt, cream of tartar and oil in a large mixing bowl
Add food colouring TO the boiling water then into the dry ingredients (colour optional)
Stir continuously until it becomes a sticky, combined dough
Allow it to cool down then take it out of the bowl and knead it vigorously for a couple of minutes until all of the stickiness has gone.
* This is the most important part of the process, so keep at it until it's the perfect consistency!*
(If it remains a little sticky then add a touch more flour until just right)
Our play dough turned out quite nice though slightly sticky but we left it to cool and eventually got the perfect consistency. 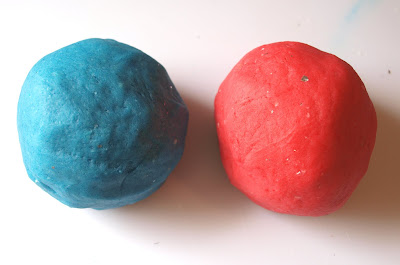