"Jilboobs" is Haram by Indonesian Fatwa

Yours truly here is not the least surprised at this fatwa as this is besmirching the religion. In Islam, it is stated there that we should loosen our clothing,  so if we decide to really want to follow what the religion preaches, we should do it the proper way, or not at all, not just covering your head only but showing off your boobs and your butt or even what is between your legs sometimes. That in my two cents opinion makes a mockery out of the religion.

In Muslim-majority but secular Indonesia, the government does not regulate clothing for Muslim women the same way most Islamic countries do. You can find Muslim women either fully covered from head to toe, dressed in a revealing tank top and miniskirt, or somewhere in between. 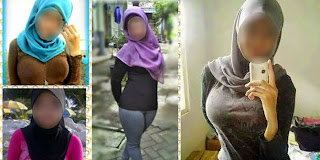 But a trend combining the conservative and the revealing dubbed “jilboobs” has drawn the ire of conservatives and a fatwa, or religious edict, from the country’s highest authority on Islam.
Drawn from the words jilbab, or the Muslim headscarf in Indonesia, and, well, boobs, the word refers to a Muslim woman who wears a headscarf and a tight-fitting shirt or dress that emphasizes their assets.
While Muslim women in Indonesia have been dressing this way for years, a Facebook account called Jilboobs Community created in January 2014 put a spotlight on the trend, triggering heated discussions online and offline. The account, which a user named Michael Brain claims to have created to showcase the influence of Western culture on Indonesia’s morals, features 26 photos of women in the so-called jilboobs fashion.
A user named Mita Maharani Bahriah commented that the phenomenon showed moral decadence. "The jilbab is meant to cover, to wrap, to protect the body, not to expose it. What you are doing here is dressing but (looking) naked," she said. 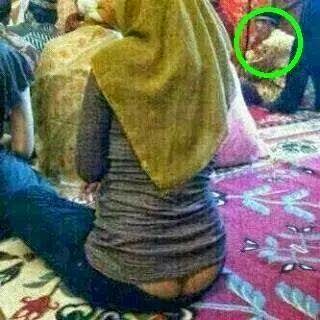 Another user, Nadiya Ahyati, responded and encouraged people not to judge others by what they wear.
She quoted Mufti Ismail Musa Menk, an Islamic scholar, as saying: "When you see a female dressed in a manner that is unacceptable in Islam, do not for a moment think that she is lower than you spiritually. If you do that, you are lower than her ... She might have a heart that is tons better than yours. She might have one weakness that is outward, and you may have 50 weaknesses that are hidden.”
The issue went mainstream on Thursday, Aug. 7, when the Indonesian Council of Ulema (MUI), the country’s highest authority on Islam, issued a fatwa against jilboobs. 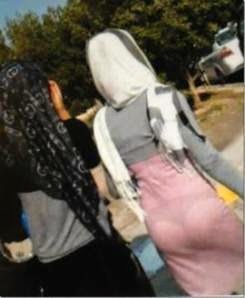 "There is already a MUI fatwa on pornography. This means you cannot show the shape of your body, wearing a jilbab but with tight clothing. MUI strictly forbids it," MUI vice chairman ​​Ma’ruf Amin said.