Orlando Bloom became a big hit on the island of Ibiza after he took a swing at Justin Bieber in a row over the actor’s ex-wife Miranda Kerr.
The angry 37-year-old actor appeared to throw a punch at the bad boy pop star’s face when the pair confronted each other in a plush restaurant.


And diners even cheered at his bid to wallop Justin Bieber, it was reported. During the drama at Cipriani , Bieber, 20, had allegedly yelled: “What’s up, bitch?”
The argument came amid reports Bieber had struck up a friendship with Miranda, 31, while she was still married to Bloom.
He added fuel to the fire by posting a picture of her in a bikini on his Instagram page shortly after the Ibiza fracas. It was later deleted. He also posted a photo of Bloom wiping his right eye as though he is crying later to taunt the actor. 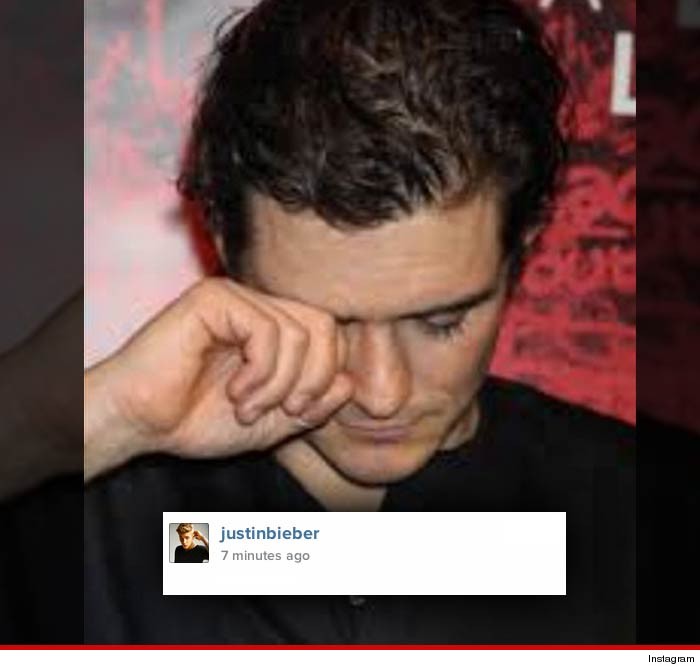 One of Justin Bieber's entourage said: “Orlando was clearly annoyed when he saw Justin and instigated the situation by taking a swing at him. Luckily for both of them Justin ducked so his punch missed.
“Within seconds people intervened and there was some minor pushing and shoving between their entourages.

They were eventually separated and Justin, who was being cordial, stayed for a while longer outside without ­incident.”
Other reports claimed Bloom flew off the handle after Bieber made a ­derogatory remark about Miranda. A video has emerged of the incident. It shows Bloom pointing his finger at Bieber as the ­Canadian stands behind a group of friends. Bloom is seen walking off for a few seconds while a friend tries to calm Bieber down.
A second video shows the moment the British movie star, who played Legolas in The Lord of the Rings, took his swing. In the 33-second clip, Bieber can be seen ducking. A third source said: “Justin was at one table, and Orlando was at another.
“But when Bieber and his party were walking past Bloom’s table, Orlando refused to shake Bieber’s hand.”
The fight was reportedly witnessed by stars including Paris Hilton, Lindsay Lohan and P Diddy. Bieber later uploaded a ­photograph of himself boarding a plane.
Bloom is said to still be in Ibiza where he is staying on a yacht. In 2012, Bieber and Miranda were ­photographed together at a ­Victoria’s Secret fashion show in New York.
Bloom was spotted ­chatting to the singer’s ex Selena Gomez recently in America. A source claimed he was supporting her over the split and added: “He’s a good friend.”
Miranda Kerr and Orlando Bloom, who have a three-year-old son Flynn, broke up in October after three years of marriage. He filed for divorce but the pair remained on good terms.